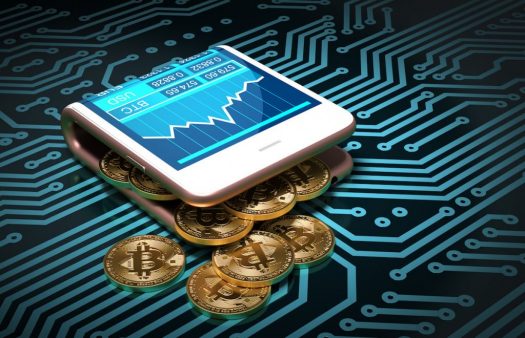 ▲
A photo representation of bitcoins falling out of a smartphone bent to look like a wallet.
Bitcoin.com

▲
A photo representation of bitcoins falling out of a smartphone bent to look like a wallet.
Bitcoin.com

Bitcoin is the digital currency that spiked in worth during early January of 2017 and spiked even quicker in November of 2017. Since then it has been on the rise, now worth anywhere from about $12,000 to a little over $19,000 apiece, a far cry from the price of $0.08 they cost in July of 2010. Many questions may arise, like “What is a Bitcoin?” “What caused this spike in value?” “What does this mean in the future?”

First of all, the basics of Bitcoin must be discussed. Bitcoins are cryptocurrency that are decentralized, meaning there is no single bank or administrator. It has major prevalence online, and for years was particularly prevalent on dark markets like Silk Road, which sold primarily drugs and firearms. This was due to the fact that bitcoin exchanges are virtually anonymous, protecting the buyers and sellers. This gave it a bad rep as people thought it was risky to buy bitcoins, as they may be seen as someone associated with that group.

Speculation about who created Bitcoin has been floating around, as the creator(s) are currently unknown. Theories are floating around with 4 people as creators, 3 who have denied being the creator and 1 who was said to be part of a hoax. This means the true creator is still unknown, and may never be known to the general public.

Nowadays, Bitcoin is the most prevalent digital currency system. According to Fortune.com, their spike in value was caused by more investors purchasing or investing into Bitcoin and the limited amount of bitcoins, causing each to be worth major amounts. This spike has gone faster than ever within the last 3 months, starting in early November of 2017 with a major spike to $5,751 and then growing from there. All of a sudden Bitcoin was in the spotlight once again, with less negative connotations.

The price is rather unstable though, fluctuating from around $12,000 to a peak of $19,201 constantly plunging and rising without any rhyme or reason to the average person. This scares investors as a major plummet in cost can cause them to lose money rather than gain it. Some are trying to use their bitcoins as quickly as possible so that a major plummet does not affect them. The fear of losing value causes some to lose out on extra value, due to the price going up suddenly.

With Bitcoin rising to fame many other cryptocurrencies are doing well, just not as well as Bitcoin. One leader in cryptocurrency is Ethereum, with each coin being worth around $1,100, which is still a large amount. One other currency has been doing decent and that is Litecoin, which has a worth of around $240 per coin. Though these hold no candle to Bitcoin, they show that there is other options that are doing well.

Currently, mining bitcoins is extremely hard, but back in 2014 a computer worth about $12,000 dollars could mine by itself efficiently. They would break padlocks on block chains, then find the bitcoins, about 25 located per padlock in 2014, which occured once every 10 minutes or so.

Businesses are taking advantage of the new Bitcoin economy and allowing people to spend with them. Due to the value of a single bitcoin, most things are costing fractions of an entire coin. Many small businesses that work with food now accept bitcoins, as well as Microsoft and a few Etsy vendors.

Overall, Bitcoin has been thrown into the spotlight for each individual currency being worth thousands of American dollars suddenly, allowing it to shed its previous negative connotations as well as getting people to ask whether or not digital currency is a possibility in the future.