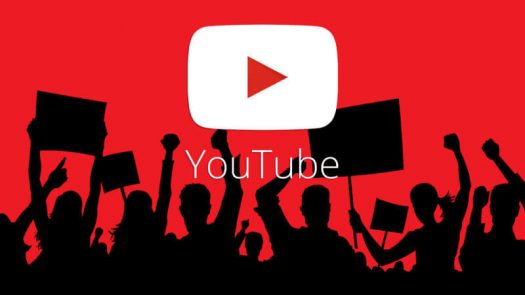 Most people in America have used Youtube or at least know about what it is. It provides many different types of videos from entertainment, music, news, to much more, but how does this impact our society today? The impacts are bigger than you may think, changing american society as soon as we think we know it.

Youtube influences society in many ways including the news, music, influencers and their actions, gaming, and advertisers. All of these components make up to the great platform that is Youtube. The great influence on society from youtube will continue on for many years to come.

Youtube was founded back on February 14th, 2005 by Jawed Karim, Steve Chen, and Chad Hurley. On April 23rd, Karim uploaded the site’s first video titled “Me at the Zoo.” Instantly, Youtube brought major attraction, and more and more videos were uploaded. Today, 300 hours of videos are being uploaded per minute with over 1,300,000,000 people on the platform according to fortunelords.com.

However, Youtube has come a long way from just the funny cat videos it used to be known for, some of the top channels on Youtube now have nothing to do with humor or entertainment. The technical top subscribed channel is Music, which is a channel containing nearly every music video released. The channel has elapsed 99 million subscribers and is spreading music throughout the world.

On the other hand, Pewdiepie is the most subscribed personal channel, but Youtube has their own category-type channels, such as their news channel. Pewdiepie posts video game gameplay and reaction videos, both of which have large view counts of people around the world.

Youtube now has over a billion users with many of those users watching more than once to watch countless hours of videos. Viewers come back to watch their favorite Youtubers daily and sometimes it’s not just for the videos. Many support the creators because of the person they are. That also includes the way the carry themselves and their attitude. Their thoughts, feelings and opinions mean something to their viewers. To add on, in front of audiences of many viewers, influencers let their opinions and thoughts out, even if they receive hate.

Youtuber Logan Paul is a good example of this. Back in February, Paul visited the suicide forest in Japan and filmed what he saw. In the video he finds a hanging body, then goes on to approach the body and film it. This put the community of Youtube in a uproar. Many were mad at the fact that he showed such disrespect to the man. Then it eventually got out around the news and pretty much everywhere. This is an example of hate for one’s decisions in a video. The company was forced to remove Paul from the premium advertisement lineup and they also made him apologize, according to theguardian.com.

An example of positivity on Youtube is youtuber Roman Atwood. He always has great energy and often says the phrase “Smile more” at the end of his videos. Just that little phrase can go a long way. He’s made plenty of videos out that make viewers laugh and smile.

Youtube is also dominated by the gaming community now. Youtubers upload their gameplay and people tune in on the daily. How does this affect society though? People see the games they play and influence them to play them. Look today at a game like Fortnite. That game has been in the making for many years, and just a few months ago people started uploading videos to Youtube of it. When people found out the game was free and saw it was a fun battle royale experience, it blew up. Youtube let the game be known. Thanks to Youtube, you can see clips from creators like Ninja, Myth, and many others who upload their gaming experiences online.

Youtube also advertises for many companies. Well there’s ads everywhere but the abundance of viewers on youtube makes it special. This is a huge influence in society because it gets the word out fast. When Mcdonald’s released the Grand Mac and the Junior Mac, it was all over Youtube. Youtube ads bring more people to the product and generate revenue for the companies. Samsung always puts advertisements on the site to display the new phone models coming out. Youtube has changed many lives forever and will continue to.