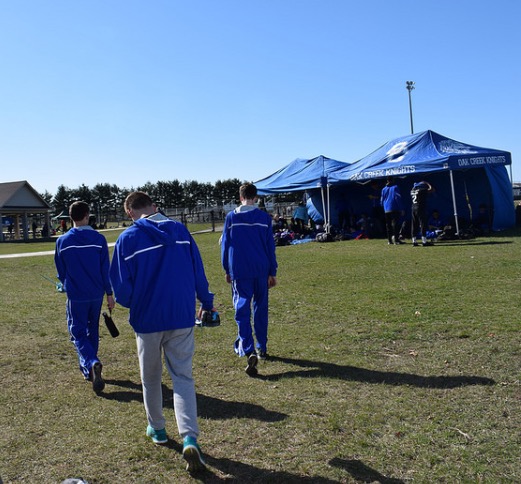 Track season 2018 is coming sooner and faster than one would think. This season is different than many others because our school track has switched from competing in division one to division two. This changes the game for NBW track and field.

“I like the opportunity for more people to qualify for state and qualify out of regionals into sectionals,” Braun said when asked about the division change, “We can extend the season for a number of our athletes which is beneficial, state is exciting.”

Even though it will be easier for more of his athletes to advance on to the state championship meet after changing to division two, Braun still has high hopes for his athletes. “At the same time, I don’t want to lower our expectations and I don’t want to simply get to state simply because it’s easier. I still want to be competing at the highest level.”

He also hopes to instil this positivity in the track athletes as well. “I Hope there’s a little bit more excitement and maybe some higher expectations.”

Braun has been head track coach since the 2017 season when he took over the program. “ Last year we came in and we didn’t really know what was going to go on from the change over of head coach to myself. This year, I hope that people understand what they’re getting and that we can build on those expectations.”

Braun also isn’t afraid to recognize the talent that is on the team. “There’s some really talented girls this year, a lot of people that can do a lot of nice things. I mean we are returning a state champion [Dailey Albino] which is always exciting so building on that and carrying it through would be great.”

Dailey Albino isn’t the only athlete that the vikings are proudly returning to the team. Matt Hansen, the sophomore high-jumper, capped off his indoor track season with a bang, winning indoor conference in his event. He now sits tied at number two on the boy’s school records with a height of 6’4”. And it’s just the beginning for him, being a sophomore.

On the girls end there are some strong returning athletes in addition to the returning state champ in pole vault. Jackie Gerovac, a current junior, got on to the school records in pole vault as a first-year sophomore with a height of 9’ for her 2017 personal record. She now currently improved that record by over a foot, vaulting to 10’ 3” which now puts her at number four on the school track and field hall of fame.

With indoor conference already done, the Viking’s outdoor track season got off to a slow start. Their first outdoor meet of the season was supposed to take place at Nathan Hale High school on April 14th, but was rescheduled and later canceled due to a snow storm. The same thing ended up happening to their boy’s and girl’s varsity meets taking place in the following week as well, due to more bad weather. The championship season for NBW track is approaching along with the start of the outdoor season.