Once Upon A Time Airs its Final Episode 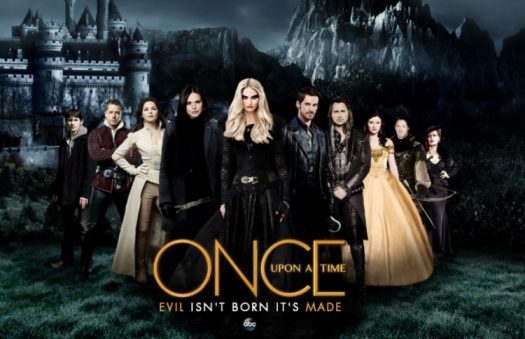 There are spoilers below

On Friday, May 18th, ABC drama Once Upon A Time aired its final, and most emotional, episode Leaving Storybrooke, giving the audience a proper farewell to all the characters from all seasons.

To say the least, it was exciting to be able to see the return of Emma Swan, played by actress Jennifer Morrison who hasn’t appeared since her one appearance in early Season 7, in the second episode named A Pirate’s Life. She is accompanied by appearances from other notable cast members such as her mother, Snow White (Ginnifer Goodwin) who was last seen in the finale episode of Season 6 – The Final Battle: Part 2, and her father Prince Charming, also known as David (Josh Dallas) – also appearing last in The Final Battle: Part 2 – in the last scene.

But throughout the episode the audience gets appearances from characters like Zelena the Wicked Witch of the West (Rebecca Mader) who debuted in Season 7 in the tenth episode – The Eighth Witch – and last appeared in the 18th episode – Chosen – Belle (Emilie de Ravin) who hasn’t made an appearance since the fourth episode of Season 7 – Beauty – and an emotional appearance by the deceased Robin Hood (Sean Maguire) whose character hasn’t been on the show since his tragic death in the 21st episode of Season 5 – Last Rights – although the actor appeared in Season 6 from its tenth episode – Wish You Were Here – until the 14th episode – Page 23 – as the Wish Realm version of his original character – Robin of Locksley.

I found Robin Hood’s appearance to his true love Regina (Lana Parrilla) very satisfying for the finale, especially the role he plays in terms of symbolism after leaving a red feather, which is representation of his heart, in Regina’s hand after she awakes from her dream.

This feather later serves as inspiration for a new version of the Dark Curse, which will unite the people instead of separate, because it doesn’t require the heart of the thing the castor loves the most, but instead a token (i.e. Robin Hood’s red feather, or a piece of everyone’s heart) to bring everyone together and unite all of the fairytale realms.

What I also found satisfying was Rumplestiltskin’s (Robert Carlyle) sacrifice to stop his alter ego – Rumplestiltskin of the Wish Realm – from sending all of the fairytale characters to a grim ending while trapped inside their own storybook, which he intended to conduct through the Author powers of the Sir Henry (Jared S. Gilmore), the Wish Realm version of Henry Mills (Andrew J. West). Therefore, it was heartwarming to see the former Dark One reunite with Belle after her death from old age back in the fourth episode of this season – Beauty. And to make the moment even more bitter sweet, Regina says farewell to Rumple with an empowering monologue that ends with her kissing her former teacher’s forehead.

it was perfectly planned that Rumple’s sacrifice would also be to save Wish Realm Hook (Colin O’Donoghue) from death after he got too close to his daughter Alice (Rose Reynolds) who he couldn’t be near after Mother Gothel, Alice’s mother (Emma Booth) poisoned Hook’s heart. So, when Rumple gives Hook his heart, it cures him and also ends the dynasty of Dark Ones.

I also found the timing of Zelena’s daughter, Robin Mills (Tiera Skovbye) asking Wish Realm Hook for his blessing to ask his daughter, Alice, to marry her, absolutely comical given the circumstances that they were in the middle of staging a diversion so Henry Mills could sneak past the palace guards and rescue Regina. This is ironic because in Season 6, Wish Hook’s main version – Killian “Hook” Jones – asked for David’s blessing to marry Emma after an adventure with his now father-in-law, which David noted as being “old-fashioned.”

In the last scene, Regina is given a formal coronation after the citizens of the United Realms elect Regina to be their Queen. And in a parallel to Regina’s former self, The Evil Queen, Snow White gives her the title “The Good Queen.”

The ending montage during Regina’s speech at her coronation brought back nostalgia with clips from key points of the series. Reflecting on the series overall, there were so many exciting moments of glory for the main characters.

My favorite moment of all in Once Upon A Time would have to be the show’s musical episode as a whole (The Song In Your Heart: Season 6 Episode 20). The singing reflected the show’s Disney influences, which is notable for its catchy tunes. However, Once Upon A Time flaunted its mature tone by giving the episode a sequence of darker, edgier, and more powerful anthems including: Powerful Magic (Ginnifer Goodwin and Josh Dallas); Love Doesn’t Stand A Chance (Lana Parrilla); Revenge Is Gonna Be Mine (Colin O’Donoghue); Wicked Always Wins (Rebecca Mader); Charmings vs. Evil Queen (Ginnifer Goodwin, Josh Dallas, and Lana Parrilla); Emma’s Theme (Jennifer Morrison); and A Happy Beginning (Jennifer Morrison, Colin O’Donoghue, Ginnifer Goodwin, Jared S. Gilmore, Josh Dallas, Lana Parrilla, and Rebecca Mader).

My next favorite moment would be when Emma Swan becomes the Dark One to save Regina from being attacked by the Darkness (Operation Mongoose Part 2: Season 4 Episode 22). I find this moment so exciting because it was unpredictable and so empowering to see the protagonist take on the burden of evil to save a friend. Another reason is that it ends Season 4 on a cliffhanger, opening another realm possibilities for twists and turns which occured in the following Season 5.

And my third favorite moment happens in Episode 13 of Season 3, titled Witch Hunt, specifically when Zelena, the Wicked Witch of the West reveals herself to be Regina’s half-sister. I find it captivating because this moment opens the vast family tree that Regina fits into to an entire new realm – Oz, which therefore expands the range of characters into other iconic tales to add a twist to.

And though the series may be finished, it’s similar to what Regina says to Emma: their stories are far from over.