The World of Music 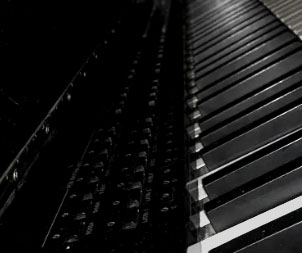 ▲
One of musics universal instruments

▲
One of musics universal instruments

Around, 50,000 years ago music was created by many people, Guido D’Arezzo was mainly know for improvements in music, and has spread around the world, inhabiting many cultures.

Without any technology, one of the oldest instruments in the world that we have to this day is a 40,000 year old flute; created from bird bones and mammoth ivory.

Without historical evidence it’s clear that music has become a tradition around the world. The different climates and surroundings have created a different use of valuable materials for instruments.

Music affects how we think in many different ways. One the most popular studies might be the ‘Mozart effect’ which showed that listening to music helps improve the brain’s hearing, reasoning skills, and general intelligence. One popular studie was when music, specifically Mozart, was played to infants to make them happy or even smarter. This idea became popular enough to make Governor Zell Miller of Georgia, start planning for money to be set aside in the state budget for newborns to have a CD of classical music, in 1988. He thought that Mozart made children smarter and happier which influenced many of his decisions.

The evidence given from the ‘Mozart effect’ was the increase in skills for a temporary period of time after listening to classical music, like Mozart. However, this is extremely controversial because it’s not just classical music but any kind of music then can help with relaxing. When people study, they listen to music in order to avoid distractions and focus easier.

“I think music affects the world a lot like how people’s emotions relate to the kind of music they listen to” commented Gabby Hayes, who participates in music programs.

Personalities can differ from person to person depending on the music they listen to and vise versa. Researchers conducted a series of case studies with more than 36,000 people from all around the world. In this study the participants were asked what type of music they enjoyed.

Each kind of musical style was linked to a trait or characteristic of that person’s persona.

Music like pop music was linked to high self esteem and hard work but also uneasiness and lack of creativity. Fast paced music like dance music is shown to be linked with more aggression and outgoingness. Fans of rap were shown to be more outgoing along with high self esteem. People who enjoy classical music tend to be more introverted and creative. Other popular genres of music that were also reviewed included indie music, Jazz, and country music which also resulted in a connection with emotions which varied with the music category.

Music was also shown to help improve athletic performance. When listening to music the brain’s frontal, temporal, parietal lobe, and occipital lobe all work in harmony. These lobes help us with movement, coordination, visual processing, tone, and emotion. Its special for all of the lobes to act together in harmony. Something that’s key to helping an athlete with coordination would be the tempo of the music, which is mostly fast paced. Most people today listen to music when they exercise because it gives people more endurance because we try to keep up with the fast beat, or tempo, of the music.

Music may not mean a lot to everyone but it has always been in our lives, even without the growth of technology. In no way does music define a person. However, it does tell a lot about who they are.