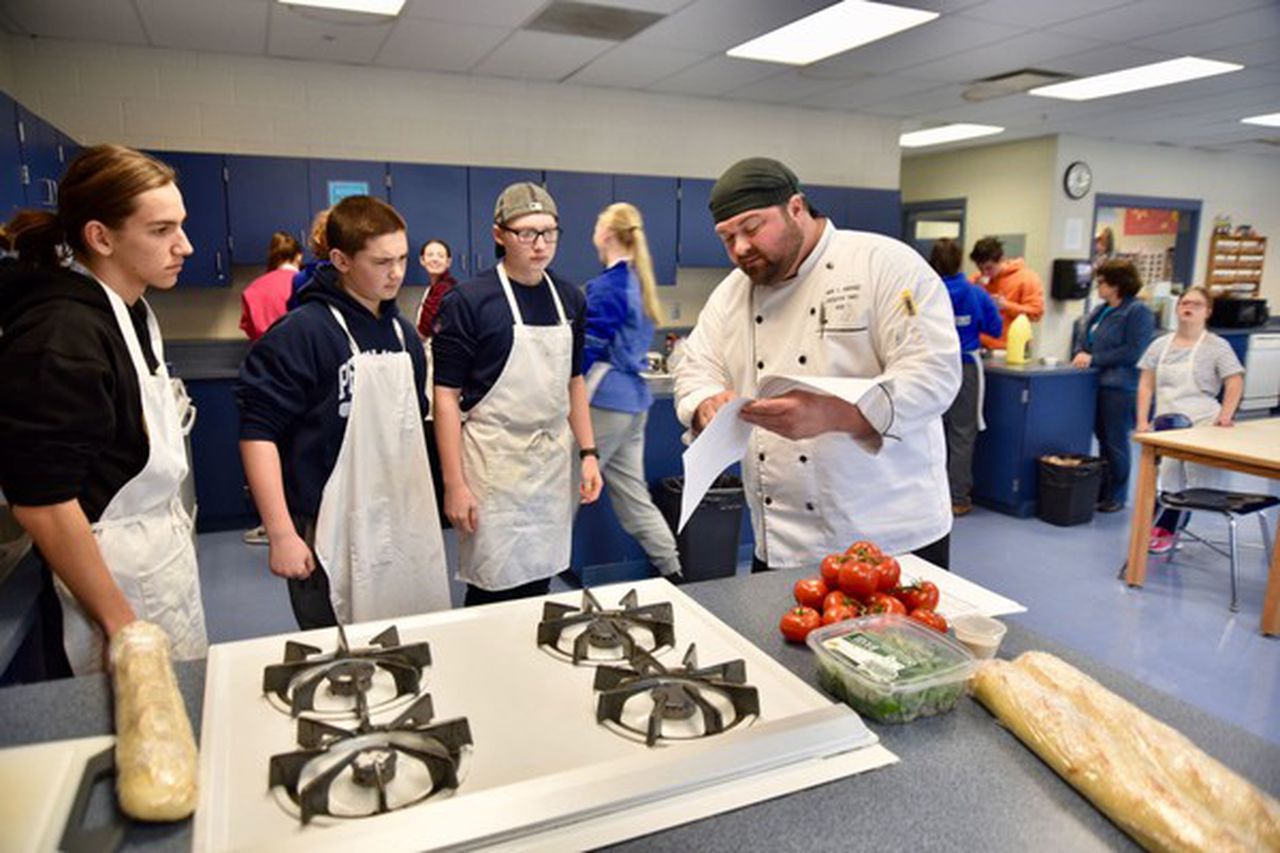 New Berlin West is known to be one of the best high schools in Wisconsin, ranked number 16 in the state by U.S. News for 2020. Overall students place very high on tests and participate in AP courses, and we even have a 97% graduation rate. However, even though our school is top-notch, there are still problems with the classes taught here. With the idea that everyone needs to go to a four-year college starting to go away again, there need to be some classes that aren’t strictly academic. Specifically, we should have a culinary arts class.

The whole purpose of high school is to prepare students for post-secondary education and the world of adulthood. Our school does a great job with the idea of College and Career Readiness, but where it lacks is providing students with the skills that they will use every day in their lives. The main benefit of a culinary class is that it gives students some experience on how to provide meals for themselves, which can translate to them making food for their family in the future. The information that is learned in culinary courses is beneficial and usable no matter what career a student pursues or what route a student takes after high school, and the benefits stretch even further.

In culinary courses, students are able to also learn about the science of food. Students learn how foods need to be cooked to make them edible and safe to consume. For example, some raw meats like beef and fish are safe to eat, but eating shrimp, chicken, and other meats raw are a cause for food poisoning that can be very dangerous to a person’s health if too much is consumed. Other foods that you can’t eat raw without getting very sick are olives, eggs, raw milk, and many more, so students need to learn about this in order to stay safe. Students also learn food science in terms of what can be preserved in certain environments and how long foods can last before they go “bad.” Bread and milk only have about a week until they expire, while peanut butter and cereal never expire. But why do some items expire and some don’t? What makes these expiring items different from items that virtually last forever? These are all things that a culinary class could teach students.

A third benefit of taking a culinary class is learning about how food relates to culture, as well as the history of foods around the world. To an extent, it could even be classified as a social studies class. Students learn about how flavors differ in different areas of the world and how food culture has spread globally. Many schools in the area have classes regarding food culture as well. Also, students can learn how to incorporate different world flavors into their own food. There are many amazing flavors from around the world that aren’t as common in the US such as soy sauce, cumin, and turmeric that can enhance the food that we make in our country. Overall, there are many great benefits to taking a culinary class that fall into a variety of school subjects such as art, science, and social studies, so there’s no reason why a culinary class shouldn’t exist at our school.

The Difficulty of Adding a Culinary Class

Despite all the great benefits of taking a culinary class, it is quite difficult to install this kind of a class. In an interview with Greg DePue, one of the associate principals here at New Berlin West, he mentions a few factors that go into implementing a new class, especially a class that is so unique to every other class in the building. One factor, DePue stated, is that, “Adding a culinary class would be a heavy financial burden with bringing in a new teacher to teach the class and the purchasing of the appliances and food materials.” When asked about if extensions to the building itself would be needed, he said that there definitely would be. He estimated that the financial costs with adding a culinary class could amass to over $150,000, which is something the school district probably couldn’t afford right now.

Another factor that DePue brought up was that our school can’t continuously add classes. He said, “You can’t keep adding classes. When you add a class, you have to get rid of a different class in order to do so.” This is very true because our school already has a very high amount of elective classes, so there would probably need to be the removal of at least one class for a culinary class to be implemented since, in theory, it will be a very popular course.

Finally, DePue also mentioned that it takes a long time for a class idea to actually go through. First of all, there needs to be a big push for the class from the students. The school board won’t add a class if there are only a few students that would be interested in it. Secondly, the school administration needs to approve of it and send the idea on to the school board, where there will be a referendum on whether the idea should be pushed further. DePue said that these votes on classes for the next school year (possible additions or removals) take place in October each year. This usually gives the district enough time to set up the class for next year, find a teacher, and make any new additions to the building if necessary.

The Push for a Four-Year College

For the most part, about 25 years ago, there was the common idea among schools that students had to attend a four-year college after high school in order to have a successful working career. However, with jobs such as electricians, plumbers, carpenters, and other jobs in the trades industry increasing rapidly, the need for going to college and getting a degree is decreasing. Instead, schools are trying to add classes that aren’t strictly academic and instead teach students about life rather than just preparing them for college.

Schools in our area such as Muskego High School, Brookfield Central High School, West Allis School District, and Waukesha School District have all either kept culinary classes all the way through the push of a four-year college, or they have already readded the course. If all these schools around us have figured it out and aren’t just teaching students strictly educational courses, then why haven’t we? Our school district needs to realize that it’s more important to prepare students for life, not just college.

From what students have said regarding this topic, there would be a huge response from the students in terms of wanting to take the class. In a survey of 50 random students here at West, 46 of them said that they would want to take a culinary class if there was one. With that kind of response from such a small group of students, there is no reason for the district to not look into adding the class.

A Message to the District

Our district needs to realize that not everything we take at West needs to be strictly educational. The point of high school is to prepare students for their future, whether that be at a four-year college, technical school, or even no more schooling. Whatever path a student takes after high school, taking a culinary class is something that they can use for the rest of their lives. Almost every other district around us has figured this out, so let’s make a change and actually help the students at West and Eisenhower prepare for their lives as adults through the addition of culinary classes that students can take with them beyond their education.