The Touching Story of Zach Sobiech 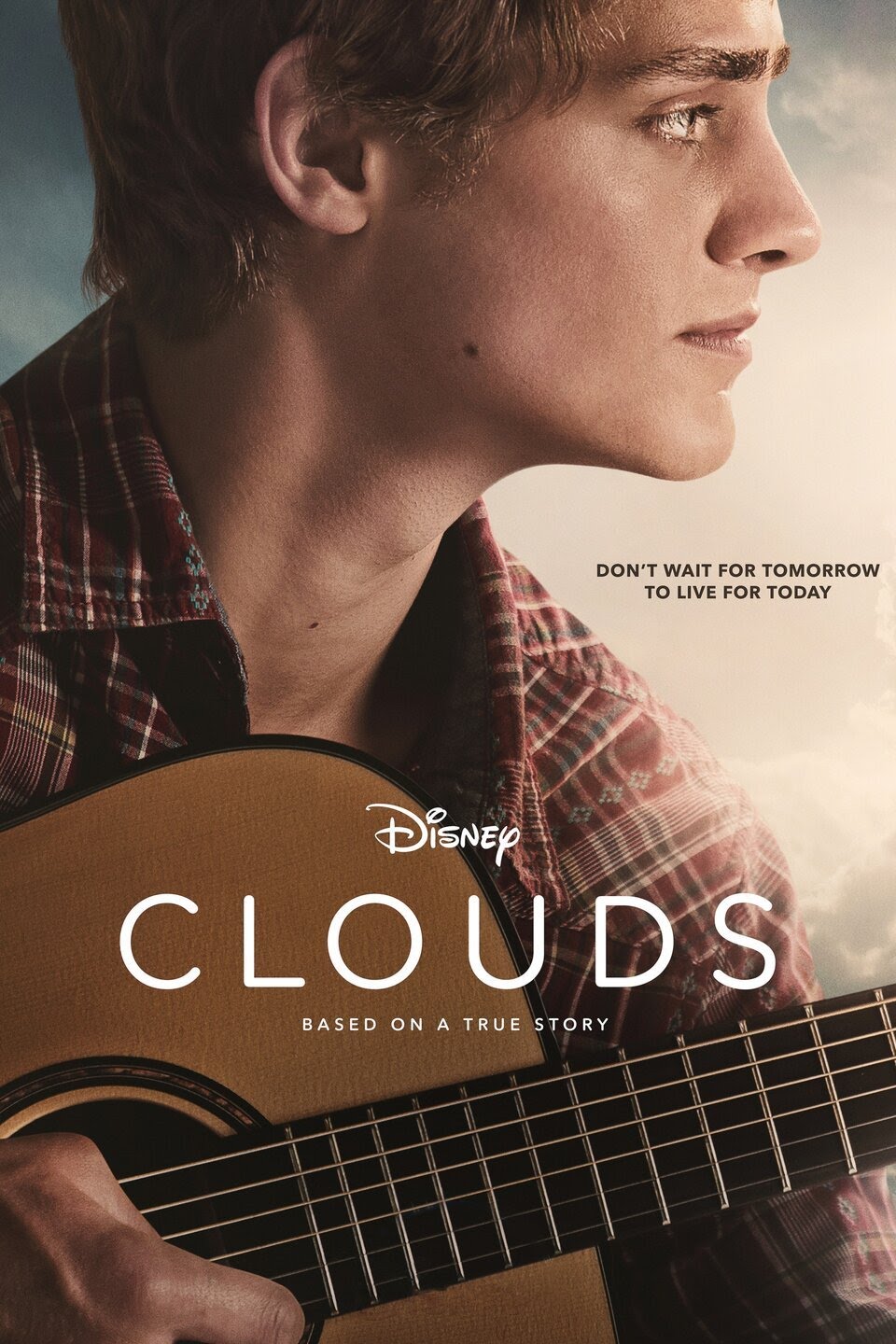 In the movie Clouds, released on October 16th, 2020, Zach Sobiech is a high school student dealing with osteosarcoma, a type of bone cancer. He has powered through over twenty rounds of chemotherapy with optimism and is continuing to live a normal teenage life by attending school, finding love, and hanging out with friends instead of being trapped inside of a hospital.

As his final days are up and coming, he finds comfort in his passion for music alongside his longtime friend, Sammy Brown. Zach recorded a song titled “Clouds”, with Sammy, and they released it on YouTube in 2012. His song reached over twenty-one thousand views in just a few short days, allowing his song to touch many and bring awareness to his type of sickness. As this film is based on a true story, his song hit number one on iTunes charts in 2013 and now has over fifteen million views on YouTube.

Zach Sobiech, played by Fin Argus, put a lot of dedication into this role since he had to recreate Sobiech’s appearance while he was going through chemotherapy and the side effects of his disease. Argus did an amazing job portraying the role of Zach as he had to act in such a way to recreate the struggles that Sobiech had to go through in just a few short years.

As Argus did a phenomenal job, Sabrina Carpenter who played Sammy Brown, performed well. Carpenter really nailed the role of Sammy since she was such a dear friend to Zach in real life and in the film. As both characters were able to develop a close relationship throughout the film, their friendship allowed them to be successful while creating their album, Fix Me Up. Their friendship is recognizable and it’s clear that they both care for each other. Viewers are truly able to see the characters develop as Zach and Sammy worked closely together throughout the film.

Viewers also get to see development within Zach’s relationship with his siblings. Throughout the movie, Zach became closer to them and he realized the importance of family. He especially became closer to his younger sister, Grace. Towards the end of the film, Grace showed the most emotion.

As the actors were quite successful in the film, director Justin Baldoni did an excellent job remaking this story as it created many emotions in its viewers. Baldoni is also known for directing the film Five Feet Apart, which is a great explanation as to why he nailed the recreation of such a touching story.

This story was recreated really well because of all of its components. Comparing the real interviews given by Zach Sobiech to the film, the storyline really matches up. While watching this, I definitely experienced many emotions, and maybe shed a few tears… As this story was quite touching, it also teaches viewers that “you don’t have to find out you’re dying, to start living,” said Zach Sobiech himself. His story truly reminds people about how valuable life is, and even if there are negatives, people can always find a positive to bounce back.

As Zach’s personality shines throughout the movie, it has a positive impact on its viewers and I really enjoyed that. This film really showed how Zach was such a wonderful person to be around and how he is such a good role model for all. This film was a pleasing tribute to Zach Sobiech’s rollercoaster of a life.

Overall, I would totally recommend this movie to anyone who is looking for a touching true story because of how well it was made and how it was overall a balanced film. Personally, I would rate this movie a solid 10/10, and I usually don’t say that, but this story was truly beautiful. As I rated this movie so high, I would definitely watch it again.

This film can be found on Disney Plus and there is also a biography written by Zach’s mother, Laura Sobiech if you are interested in Zach Sobiech’s story.