We’re Making a List and Checking it Twice: The Staff’s Favorite Holiday Movies 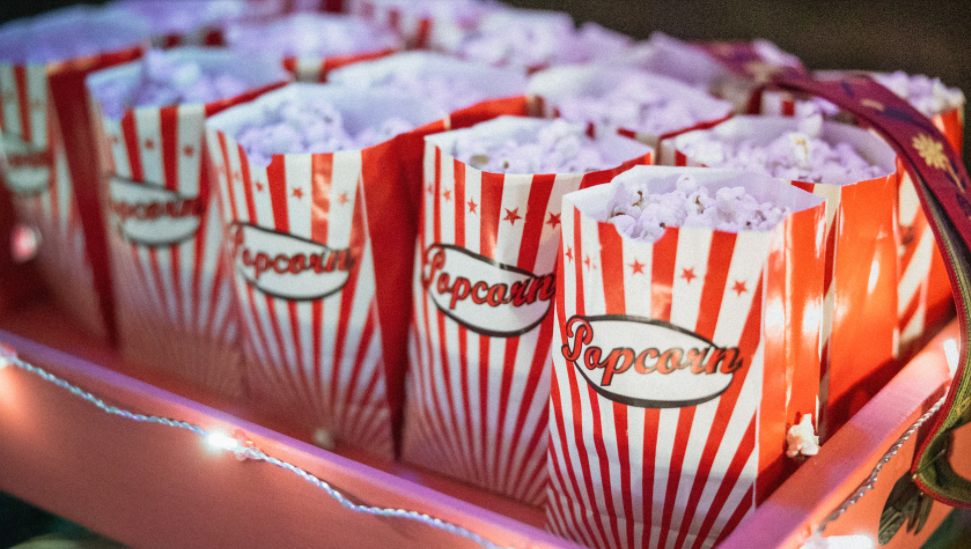 With the holidays right around the corner, there are more signs of winter every day including the cold weather, seasonal food, festive music, and the holiday movies on TV. In the spirit of this time, we have decided to each write about our favorite holiday movies.

Connor Zizzo – The Nightmare Before Christmas has been a great movie for my family and I to watch every once in a while. Sometimes we’d watch it on Halloween so we could get a mixture of both Halloween and Christmas vibes. The movie is all about Jack Skellington, a skeleton, and his adventures that span from Halloween to Christmas. I mostly love the plot, and how putting two holidays together can look in a movie.

Connor McKenzie – My favorite holiday movie is Bob Clark’s 1983 cult classic A Christmas Story. It has become a family favorite around Christmas time when people sit down and watch the childhood adventures of Ralph Parker in his quest to get a BB gun. There isn’t much of a plot to the movie besides the loose story arc of the BB gun. This is intentional as Bob Clark created this film as a critique on nostalgia. People always remember their childhood Christmas’ as amazing days of fun, love, and family. Bob Clark artistically points out through this film that Christmas was never truly like that. Ralph Parker who was a troubled kid had devoted the holiday season to his materialistic obsession with a BB gun. He was never a great child as he bullied other kids and was even racist as he laughed at people’s accents. He was an annoying child who never remembered the love of his parents or the connections in his family. The irony is that there is nostalgia for watching  A Christmas Story and Bob Clark’s expertly crafted cynical critique on nostalgia is often overlooked and ignored. Overall, if you want a Christmas movie that makes you think about the true American Christmas experience then I highly recommend A Christmas Story.

Emily Macakanja – When asked what my favorite Christmas movie is, I have two solid answers. Between the light-hearted, family centered, New York esque Elf, and the cinematic, belief focused Polar Express; it’s hands-down a tie. Elf tends to be overplayed in classrooms, yet somehow manages to be good every time, earning it some points. The humor and heart-strings in this movie work to make it a strong contender for number one. That being said, Polar Express has some unbeatable characteristics, such as the impeccable music, animation, and inspiration. Between the killer song “Hot Chocolate” and the Santa inspiration to believe, this movie is hard to beat. So all in all, these two movies truly are the best.

Braden Blair  – My favorite holiday movie is Rudolph the Red-Nosed Reindeer because I grew up watching it and it’s just overall a good movie to sit down and watch with my family. I also like it because it kind of teaches a lesson to not be mean or judge a book by its cover.

Ben Radish – My favorite Christmas special is the Simpsons Roasting on an Open Fire all the way back in 1989. Although I don’t watch this special every year there is something special and unique about it. This first episode of the series changed the adult sitcom brand forever. Even though the special is old, a lot of the jokes still land, and seeing the main message of the story still comes through even in today’s modern world. The story is about the Simpsons Christmas which turns out to be a bust after Homer doesn’t get the Christmas bonus he wanted, and Marge loses the Christmas money after having to get a tattoo removed from Bart’s arms. Homer tries to work an extra job, but it ends up all working out at the end, though I’ll leave that to the viewer to find out for themselves. The ending is sweet and sour at the same time, with them singing together until Homer chokes the living life out of Bart for singing the wrong line to the song they’re singing. All the voice actors give it their all to the voices even as newbies, and the stretchy animation is fun, and entertaining to see as this would never be seen in Modern Simpsons.  The Simpsons will always be a class TV show, and looking back at the early days it really shows there was something special about their yellow-filled world that would keep viewers coming back for years to come.

Lexi Runyon – My favorite Christmas movie would have to be Christmas Vacation. Me and my parents always watch it when my dad gets home from hunting. While we watch it, we normally eat Chinese food and sometimes we would start decorating the house.

Madison Artenian – My favorite holiday movie is The Grinch. I like the newer film compared to the original just because I really enjoy the animations and the music. When it comes to the original film, personally I just think it is a little rough on the eyes when watching so I for sure prefer the newer film. In The Grinch, music from the Pentonix is featured and they are one of my favorite music groups so that’s another reason I really like the movie. In addition, I feel like there is a lot more character development and in general there are more characters which I think adds more to the movie and makes it more enjoyable. Another reason why I like the movie is because of how the animations look. I think it’s neat and still appealing to the eye. Especially for young children, the original movie’s characters are a little scary. Overall, I would much rather watch the newer version than the original and The Grinch is my go to movie to watch during the holidays.

Tony Seidl – The best holiday movie is Christmas Vacation. It has this vibe to it that is just so nice to watch because you are constantly laughing. I have a tradition of watching every single year with my family and my little sister’s family. Every time you find something new you love about the movie. If you haven’t watched it yet, please watch it.

Zach Jakubiak – Die Hard (1988) is by far the best Christmas movie ever. It follows a beautiful story of a man liberating his ex wife from domestic terrorists that have taken over the Nakatomi Plaza in L.A. It is notorious for its funny yet brutal scenes of violence. It features a famous move in which our protagonist tapes a gun to his back and draws it upon a terrorist holding his wife. He even shoots the man out the window. Overall it’s a funny action packed film that shows true Chrstmas spirit.

Jaren Spridco – When it comes to holiday movies, it’s hard to choose one particular movie, but if I had to choose one, it would probably be It’s a Wonderful Life. There are a lot of reasons for one to like the movie, one main reason being the fact that it’s one of the most infamous classic movies made. Made in 1946, the movie follows George Bailey, who runs a small bank in Bedford Falls, during Christmastime right before the great depression. Life is going well for George, it’s almost like he’s on the greatest roll of his life, and just when he thinks that he’s in the clear for life, the great depression hits. Of course, since he runs his own small bank, he gets hit hard by the depression, and all that he can do is sit and watch his life spiral out of control. The conclusion to the story is incredible, I think it brings the plot home while also giving a great life lesson at the same time. So, if anyone ever needs a holiday movie to watch, but they’re tired of all the newer movies that are stuck on repeat on the tv, It’s a Wonderful Life is definitely a movie to consider.

Isabella Alberti – The best holiday movies in my opinion have to be the Home Alone 1 and 2. Home Alone 1 was released in 1990, and follows the story of Kevin McCallister, an 8 year old who acts out the night before a family trip to Paris only to wake up the next morning and find his family forgot him at home. Home Alone 2 was released in 1992 and follows a similar plot, except Kevin makes it with his family to the airport for the family vacation, but gets lost and ends up on the wrong plane which takes him to New York. Both movies have never failed to make me laugh, and I’ve watched them with my family and friends every holiday season.