I Love You 3000, An Avengers: Endgame Review (Spoiler-Free) 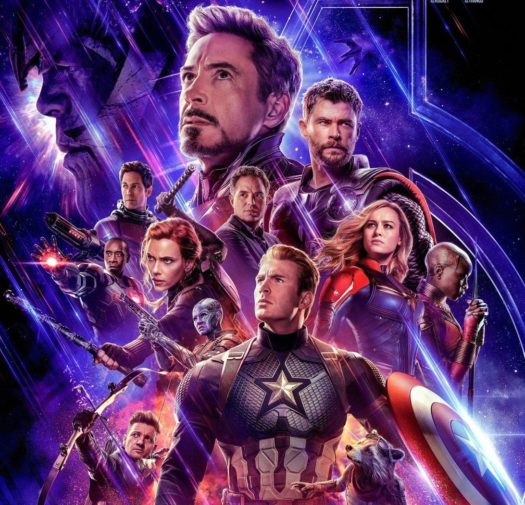 Part of the journey is the end. Avengers: Endgame is finally out, and it blew audiences away. As I am writing this review on Thursday, May 2nd, the film has grossed $1.48 billion dollars worldwide, breaking every imaginable box office record there is. It is also the longest Marvel film to date.

This review is SPOILER-FREE, if you haven’t seen the film and you want to go in knowing absolutely nothing, you’ve been warned. What I’ll say to start off with is that this film was everything I hoped for and it was beautiful. I’ve seen it twice already and plan on seeing it more. I know some would disagree, but just from the last hour of this three-hour movie, it was one of the best films I have ever seen.

Avengers: Endgame is the culmination of the past 21 Marvel films, it is the conclusion of the past 10-11 years, all starting with Iron Man, back in 2008. It has been dubbed as “The Infinity Saga” and concludes Marvel’s first three phases. Infinity War was Thanos’ story, hence the reason why some of our favorite heroes had little screen time, Endgame was The Avengers’ story, mainly the original six heroes.

The film does a really good job of balancing tone, the characters are still affected by the aftermath of Thanos’ snap back in Infinity War but there is still room for jokes and funny moments. The cast was great, honestly some of the best performances I have seen.

There are moments that are done so incredibly well because of the actor’s performances. The Russo Brothers also did a great job balancing the cast and the heroes, they didn’t make one hero overpowered and the other weak, they just made it work.

Endgame is filled with “fan service” moments, in my opinion, this film was a love letter to its fans and the cast that started it all. I think what I loved so much about this movie was that there were moments that brought me back to seeing some of the past films from years ago, it was like I was sitting there seeing it all again for the first time.

The Russo Brothers also did a great job concluding everyone’s story arc, this film is ultimately the end for some of our favorite characters but they made sure that it was worth the wait. The film was over three hours long but it didn’t feel like it at all during both of my viewings, the directors kept us so engaged in the story that time went by faster, (insert a quantum realm joke here.)

Before the film released, the directors stated that all the trailers would only show the first 20 minutes of the movie and that’s exactly what happened. You go into this movie and a majority of the film, you had no idea it was coming but it was great once you saw it.

To conclude this review, Avengers: Endgame is a near perfect film. I give it a 9.5/ 10 rating. Every scene works, every joke is funny even after multiple viewings, and the story is everything us fans, including myself wanted. The last hour of this film is mind-blowing, there’s one scene in particular near the end, imagine 11 years worth of work all put into one scene. It was done so well done and the ending was perfect.

I honestly don’t think the Russo Brothers could’ve come up with a better way to conclude the story, it was truly beautiful. It was nearly impossible for the audience in the theaters to keep their eyes dry. As one of my friends who saw the film said, “this movie will bring out emotions you didn’t even know you had.” I couldn’t put it better.