Recapping the Packers Season and Previewing their Playoff Run 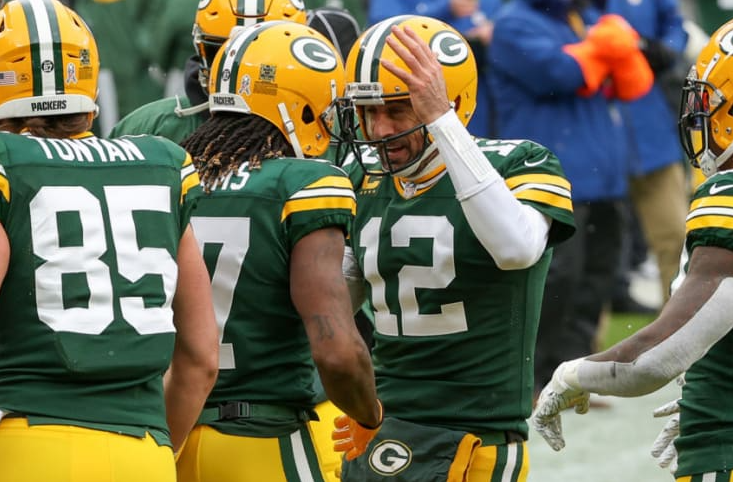 The Packers’ impressive regular season performance has allowed them to gain the respect and attention of NFL teams and fans everywhere, as they are now in a position to be one of the top Super Bowl contenders heading into the playoffs. Unexpected events throughout the season have pushed the Packers to the top of the league. Going into the season there were a lot of questions such as: How much longer will Aaron Rodgers maybe be playing for? Will this team be as good as last season? Will they accomplish the goals that everybody has of going past the NFC Championship? How will the defense play this year after the mediocre play last year? How will the receiving core do without any new additions?

Most questions surrounding the Packers revolve around Aaron Rodgers since some people think that his performance has fallen off in the past years. However, this season Rodgers has had an MVP-caliber season and has brought this team two straight division champions. We will see how this can translate in the playoffs because last year the Packers came so close to getting back where they belong in the championship, hence the nickname “Titletown.”

With the first couple weeks being a breeze, the Packers started off 4-0 heading into their early bye week. Coming out of the bye, however, they lost to the Buccaneers in a humiliating fashion losing 38-10. This was the 1st loss of the season and they struggled a lot with their defense and some offense including how Aaron Rodgers had thrown an interception for a touchdown or a “Pick 6.” However, the Packers were able to respond with a win against the Texans in week seven.

In week 8, the Packers played against the Vikings at Lambeau, but they again took the loss due to Vikings running back Dalvin Cook cooking them with 226 yards from scrimmage and 4 touchdowns. He carried most of the Vikings’ offense throughout the game and throughout their whole season.

As the season went into weeks 9 and 10 the Packers won in a blowout against the 49ers and then squeaked a tough win out against Jacksonville in week 10. But then as week 11 came the Packers lost a very close game with the Colts in an offensive shootout.

Week 12 had the Packers back in Lambeau against the Bears in one of the most storied rivalries ever. The Packers ended up winning 41-25 fueled by a dominant running attack. So then week 13-14 the Packers won against the Eagles 30-16 and the Lions by 7 points, 31-24. This is also turning people’s heads this year because Aaron Rodgers has been on a tear doing everything for this team game in and out this is different because he hasn’t played MVP-level football since 2014. This is very good for Packer fans because they now know that Rodgers still has his edge even after injuries and such in the past that were holding him back before. This kind of answers the question about Aaron Rodgers, and if he can keep playing as the Packers quarterback for however long he wants to play for and what the team wants to focus on.

Going into the last 3 weeks of the regular season, the Packers played the Panthers, Titans, and the Bears to wrap up the season. The Packers ended up with a regular season record of 13-3, beating the Panthers 24-16 in an alarmingly sloppy fashion considering the Panthers were 4-10 going into the matchup. Against the Titans in week 16, the Packers ended up showing Derrick Henry and the Titans the “frozen tundra” what they call the packers stadium when it’s very cold and snowy and how it is very troubling to opposing teams. The Packers ran the ball a lot and ended up having their rookie running back, A.J. Dillon, rush for 2 touchdowns. To end the regular season in week 17, the Packers headed to Chicago and beat them 35-16 in a bit of shootout in scoring at the start, but the defense cleaned up their play and kept Chicago’s offense quiet in the second half.

With the 13-3 record heading into the playoffs, the Packers have earned the one-seed in the NFC and have earned a bye in the first round of the playoffs. It’s all about preparation for their next opponents like the Buccaneers, who they lost to earlier this season. They also will need to prepare for teams they haven’t played, such as maybe the Rams, Seahawks, and even the Washington Football team if they upset the Buccaneers. But it’s most likely they will have an opportunity to get the Buccaneers back for the loss earlier in the season.

The time is now for the Packers to make a strong playoff run, as the team has looked as strong as ever across the board. Aaron Rodgers is keeping the players accountable and he said that during the bye week, “Don’t get COVID.” If they can stay healthy throughout the playoffs, there is no limit to how far this team can go.