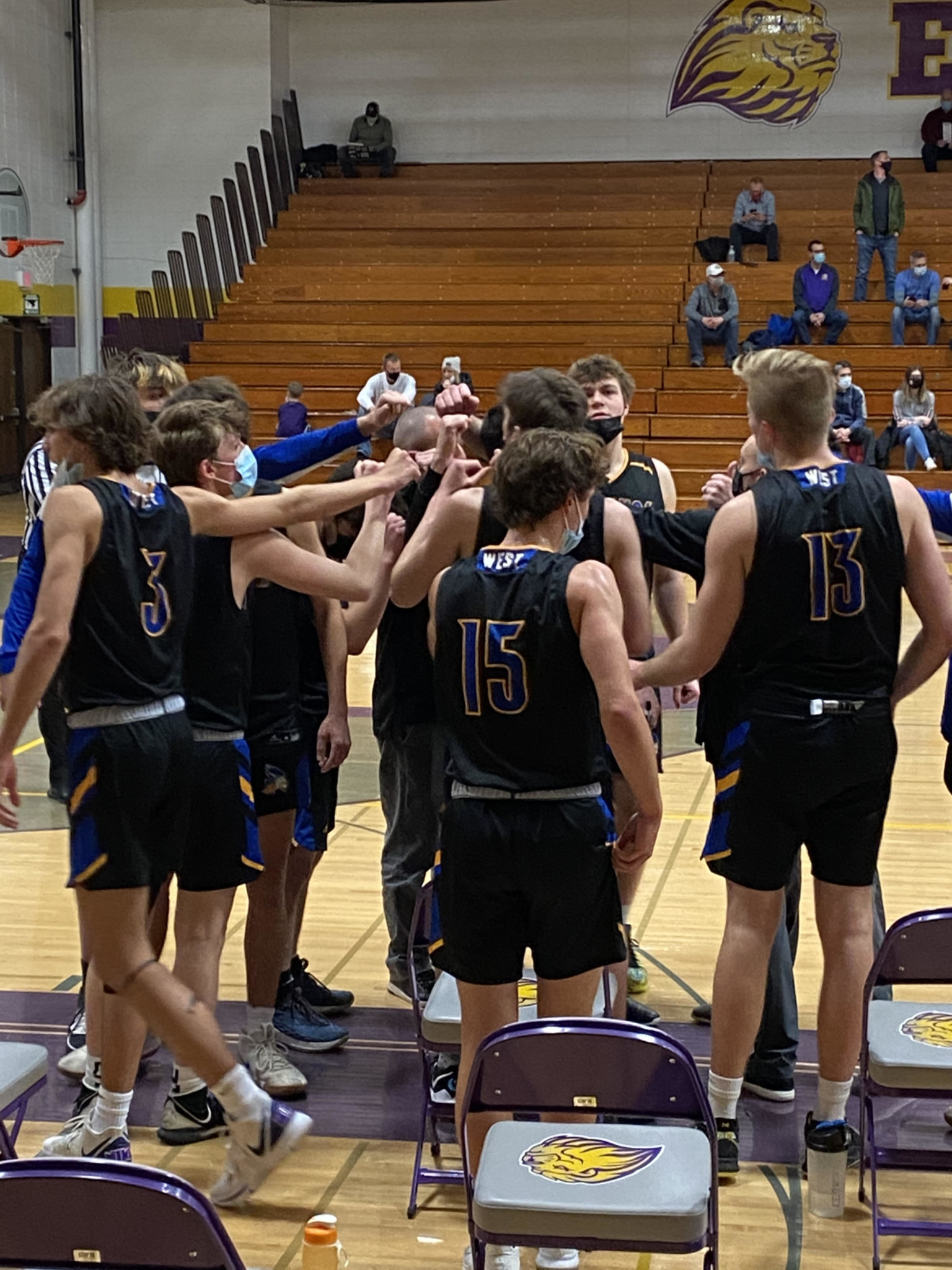 Last night, New Berlin West boys basketball pulled off an absolutely stunning victory in the first round of the WIAA playoffs against rival opponent New Berlin Eisenhower. This victory was West’s first time beating Ike since January 2018 after losing seven straight games to them, including both regular season matchups this year. But in a rivalry matchup, everyone knew this game would be good.

Competitive and Tight in the First Half

All game long, the game was extremely close. The largest lead for either team was only 9 points. In the first half, short runs for both teams swung the momentum back and forth, but it ultimately remained very even. Leading the way for Ike in the first half was senior guard Tristan Obst, who had 20 points by halftime. However, Josh Krubaugh, Ike’s second-highest scorer on the season, struggled shooting the basketball, which helped West very much meanwhile, West got their scoring from multiple sources in the first half to counter Ike’s tough zone defense.

Nate Jocz got the scoring started early with three 3-pointers in the first five minutes of the game despite Ike starting the game off on a 13-5 run and forcing an early timeout from West. However, as the half continued, Noah Daniels and Billy Wesolowski also got their share of points and brought it back to a very manageable 3-point deficit at the half, 34-31.

A Dominating Performance from Daniels

Noah Daniels, the leading scorer this season for West averaging 17 points per game, was crucial for the team’s success last night. He contributed on both ends of the floor throughout the first half and especially in the second half, keeping the game close all the way to the end. He finished with a career-high 28 points, including a fast-break dunk after a steal on the defensive end.

To the start the second half, after Ike went on a run to stretch their lead out to 8 points, Daniels responded with 3-pointers on back-to-back possessions to bring the game back in reach.

Also, Daniels had multiple blocks down low, especially late in the game when West needed it most. Overall, Daniels showed up all night long, but especially when the team needed a play to swing the momentum back in their favor and keep the game close.

Despite the game remaining very close, West was unable to make a long enough scoring run to take a lead until the final minutes. Everything seemed to be going Ike’s way with around six minutes to go, as they had a 7 point lead and all the momentum. Even though West hang stayed toe-to-toe with Ike offensively, they needed to rely on their defense to get some crucial stops, and the defense delivered.

After taking a 56-49 lead, Ike only scored 8 points for the rest of the game, and slowly but surely West fought back to make it a one-point game with just under three minutes remaining. The defense proved to be the reason West stayed close with Ike and eventually, the reason they won the game.

With only one point separating the teams, neither team had any room for error. Both teams held strong defensively, but with around 40 seconds remaining and Ike up 62-61, Daniels delivered a perfect lob pass down low to Wesolowski, who made the layup and gave West their first lead of the whole game.

The next play, West got another stop on the defensive end, forcing Ike to foul to try and get the ball back. They fouled Jocz, who made one of the two free throws to put West up 64-62. Ike called timeout, giving themselves one final chance at tying or winning the game.

Unfortunately, after Jocz missed the second free-throw, West’s defense broke down, as they allowed Ike senior guard Jake DeFrance to drive straight to the basket, leading to a game-tying layup from senior Sam Ludwig with only 7 seconds left.

Ice in his Veins

Tied 64-64, West had one final chance to put the game away, or else it would be headed to overtime. Ike likely expected the play to be designed for Daniels or Jocz to hit a game-winner. However, coach Scott Cook decided to draw the play up for sophomore James Frankowiak and senior Jaden Ruiz instead.

Franckowiak drove right, but stumbled and kicked it out to Ruiz in the corner. The pass was slightly offline, so Ruiz could not get the three-pointer off. Instead, he took one dribble to his left and shot a heavily-contested midrange jumper at the buzzer, and he drained it. West fans and students exploded, and the players celebrated on the court after getting the hard-fought win.

Impact of the Game

The game-winning shot by Ruiz will be remembered for a long time by the team and the fans. In a game filled with adversity and tension against their rivals, who West hasn’t beaten in over three years, this was an extremely historic and meaningful victory for the entire program.

Moving forward, West will go on to face East Troy in the second round of the regional playoffs on Friday, February 19th. For Ike, the shot abruptly ended their season and ended the basketball careers of the seniors on their team. An incredible ending to an incredible game, and the playoff train rolls on for West. 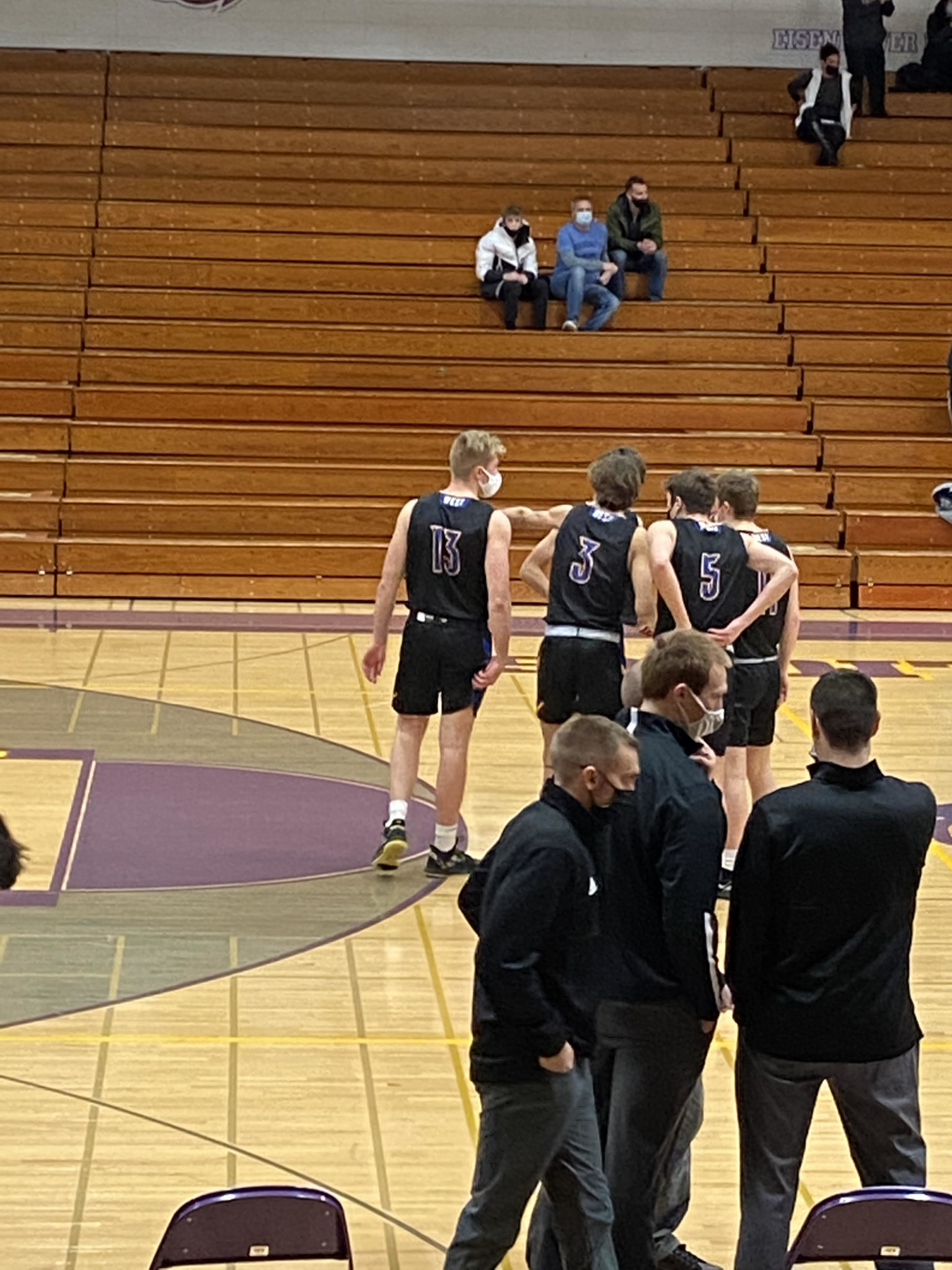 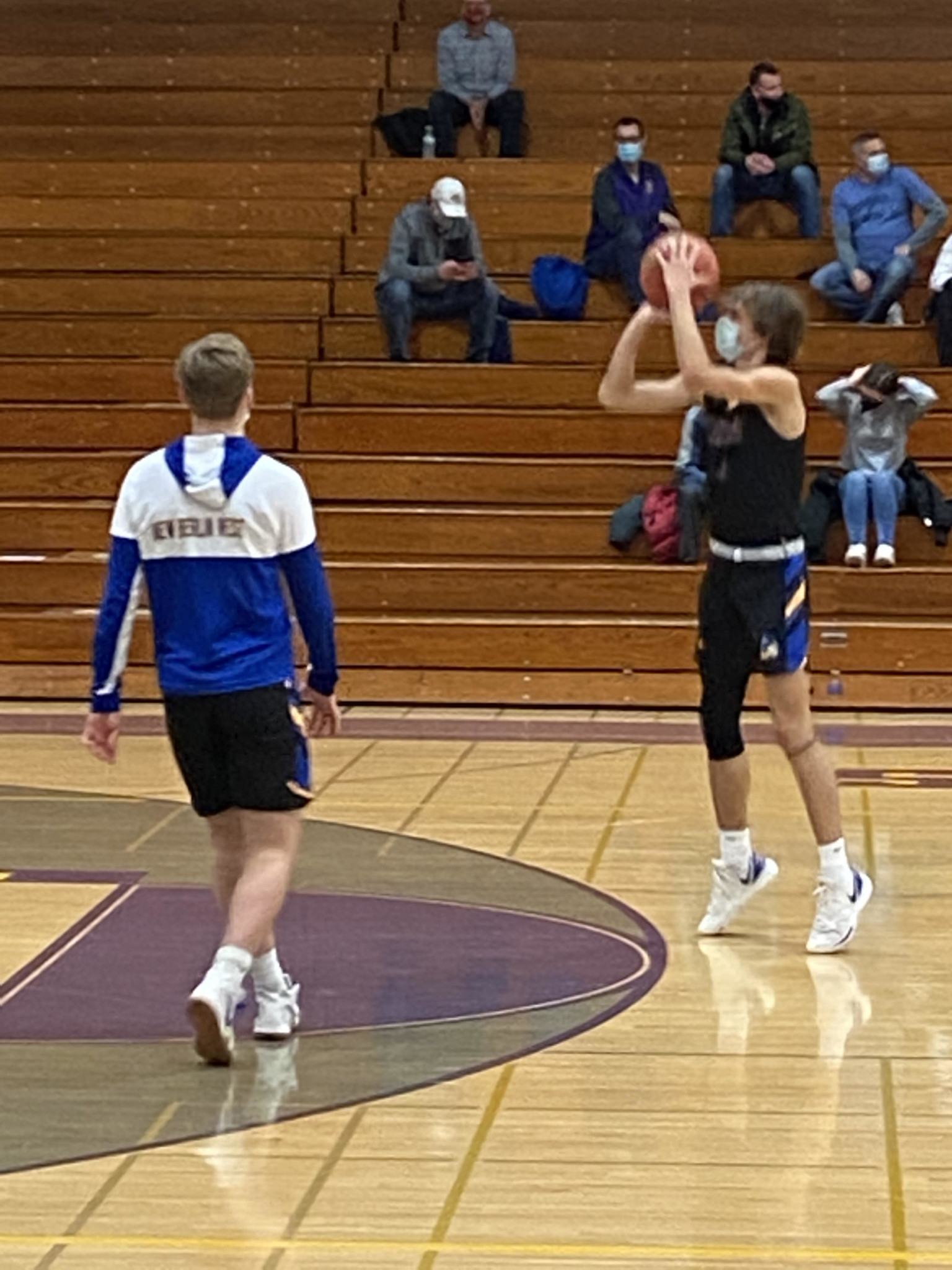